Tanjiro’s next destination, according to his Kasugai Crow, is to the south-southeast. On the way, Tanjiro runs into his fellow Final Selection survivor, the swordsman Zenitsu Agatsuma. Tanjiro has a hard time dealing with Zenitsu’s passive attitude as they head deep into the mountains. They encounter two children whose older brother was taken away right in front of their house. There, Zenitsu hears the sound of a tsuzumi ringing out from somewhere. 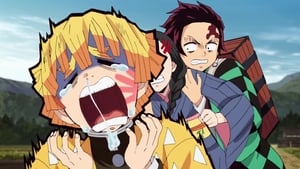 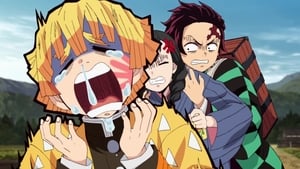 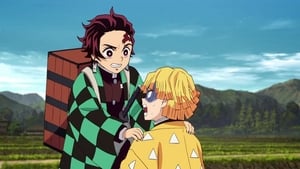 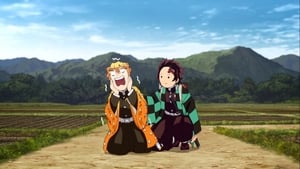 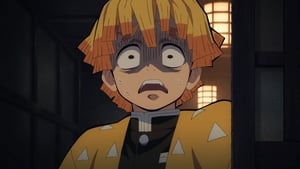 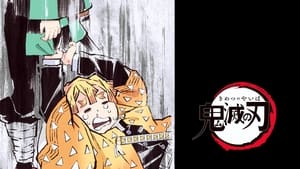 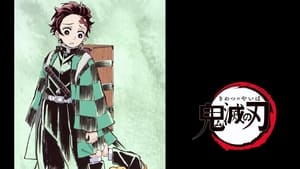