In addition to his group pursuing Goku and the others, General Blue launches a detached group to attack Kame House. They believe that the Turtle Hermit is the scientist who created the Dragon Radar. Going after the Dragon Ball which fell into the sea-bottom chasm, Goku and the others enter the cavity in the chasm from the other side, and discover a cave. General Blue’s submarine then suddenly attacks! Bulma and Kuririn panic when they learn that the ones attacking them are the Red Ribbon Army!! Blue’s submarine pursues Goku and the others as they flee into the cave!! 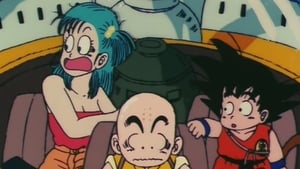 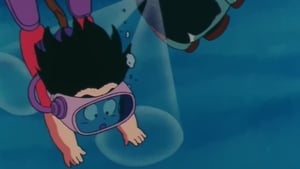