After Goku dodges the beam, Black attempts to use a missile to blow Goku up together with the entire base, but Goku repels this missile! As Black realizes he has no chance to win and tries to run away, Goku settles things with a single blow, and the Battle Jacket explodes! Goku reunites with his friends, who were hiding in the forest preparing their strategy, and even they are amazed at his strength. Only one Dragon Ball remains. However, for some reason the Dragon Radar isn’t picking up its signal. 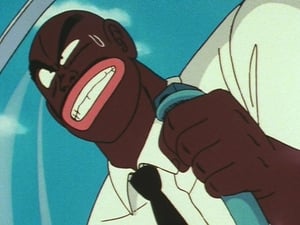