The Manwolf, who goes up against Jackie Chun in the second match, seems to harbor a grudge towards Jackie for some reason! The cause of this turns out to be because Jackie destroyed the moon with a Kamehameha in the previous tournament. Since then the Manwolf, who transforms into a human when he looks at the moon, has been unable to return to being a human. Jackie handles the Manwolf with ease and wins the match!! He then chooses Kuririn’s head to stand in for the moon, and restores the Manwolf to being human. 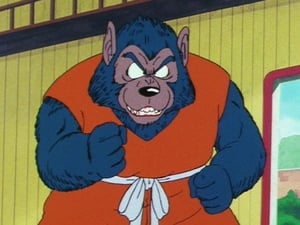