A battle where neither side gives an inch unfolds in the semi-finals! Kuririn has grown far more since last time, but Goku has become even stronger than that!! As Kuririn begins to be gradually pushed back, he takes advantage of an opening and grabs Goku’s weakness, his tail! But this doesn’t affect Goku, who during his training strengthened even his tail!! Goku moves at such high speeds that he can’t be seen and attacks Kuririn, knocking him from the arena and winning the match!! 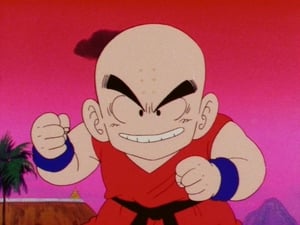