As Vegeta easily outmatches Pui Pui in terms of fighting skill, Babidi changes the stage to match that of the high gravity planet, Zun, where Pui Pui is at his top fighting form. However, this makes no difference to Vegeta, who obliterates his opponent and opens the way to the next floor. Believing that the Saiyans should not be underestimated, Babidi sends in his next warrior, Yakon, and changes the stage to that of Planet Ankoku, but even with the aid of the pitch-black darkness, Yakon is no match for Goku’s keen senses. When Goku turns Super Saiyan, however, Yakon uses his ability to consume light and sucks in Goku’s energy, reverting him into his normal state. Rather than finding an alternative way to fight, Goku instead feeds him even more Saiyan energy, until he explodes from being overloaded, allowing Goku and the others to move onto the next stage. 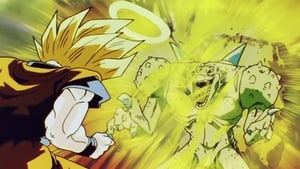 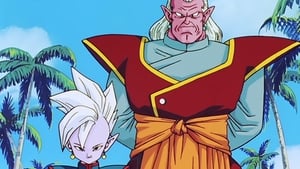