Noticing his complete lack of fighting skill, #18 makes a deal with Mr. Satan to let him win the match and maintain his dignity in exchange for twice the price money. Meanwhile, Goten and Trunks, having heard about the current situation from Videl, become interested and head towards the action. Back at the spaceship, Dabura appears before Gohan, deciding to give him a handicap by choosing an arena similar to Earth’s environment. As the fight gets underway, both Gohan and Dabura bring out their full power against each other. Despite being hit by some of Dabura’s powerful attacks, Gohan refuses to lose against him. 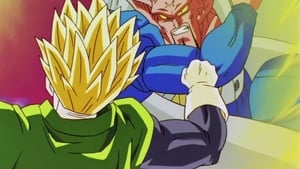 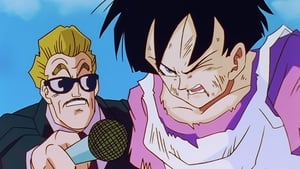