I am the Strongest! The Clash of Goku vs. Vegeta

Vegeta begins his attack on Goku, killing several innocent people in the crowd without any remorse. Realizing that Vegeta had fallen under Babidi’s spell on purpose, purely for the sake of his grudge, Goku is left with no choice but to fight against him, despite Supreme Kai’s attempt to stop him. Goku also has Babidi warp them to someplace else where they can fight alone. As Supreme Kai and Gohan decide to go on ahead and leave the two Saiyans to their fight, Babidi attempts to command Vegeta to kill them, but his pride defies even his master’s demands. 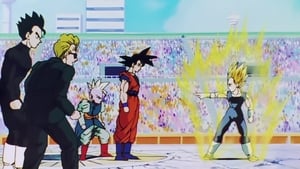 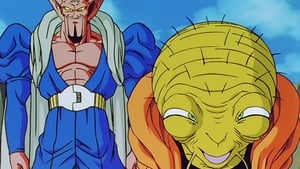