A Straight Line to Despair!? Terror of Majin Buu

Everyone seems to be bewildered by Buu’s childlike behavior, curious as to whether his rebirth was actually unsuccessful. However, Buu soon shows off his frightening strength when he effortlessly beats Dabura, the rise in his power level even catching the attention of the other Saiyans. Although Goku tries to convince Vegeta to postpone the fight in order to stop Buu, Vegeta knocks out Goku when he drops his guard, taking Goku’s senzu bean and setting off to fight Buu himself. Gohan and Supreme Kai attempt to flee from Buu, but he easily catches up to them, proving himself immune to Supreme Kai’s attacks. 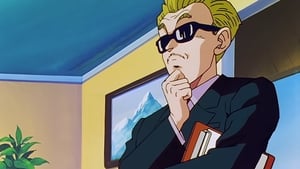