I Will Defeat Frieza! Another Super Saiyan!

The mysterious teenager easily takes out Frieza’s soldiers, then surprises Frieza by transforming into a Super Saiyan. The evil tyrant attempts to destroy this second Super Saiyan, but has no success. Eventually, the teenager slices Frieza into pieces with his sword, before blasting him away. King Cold tries to defeat the Super Saiyan himself, but is also easily destroyed. After reverting to his normal state, the teenager spots the Z Fighters and claims that Goku will be arriving nearby soon. Despite their skepticism, the Z Fighters agree to join him in awaiting Goku’s arrival. 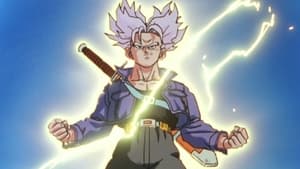