The Unbeatable Enemy Within! Goku vs. Android 19!

As Goku, Piccolo, and Tien take the androids to a new location to battle, Krillin revives Yamcha with a Senzu bean. However, once Yamcha reveals the androids’ ability to absorb energy, he, Krillin, and Gohan head off to warn the others. Meanwhile, it is revealed to Goku that the androids are a result of years of research conducted by Dr. Gero, in which miniature spy robots were used to analyze Goku’s fighting techniques and developments in strength, all in an attempt to exact revenge on Goku for destroying the Red Ribbon Army. However, Gero did not analyze Goku during his time on Planet Namek, and thus the androids are unaware of his ability to transform into a Super Saiyan, which Goku gladly demonstrates in front of them. A battle then ensues between Goku and Android #19, and though Goku clearly has the upper hand, he soon appears to be losing energy. Eventually, Goku is seen clutching the left side of his chest, which Gohan immediately recognizes as a symptom of the heart virus that Trunks had warned Goku of. However, the virus is attacking Goku’s heart much later than Trunks had predicted. As Goku struggles to stay conscious, #19 prepares to finish the battle by absorbing Goku’s remaining energy. Piccolo tries to intervene, however, Android #20 blasts Piccolo with his eye beams, which sends him crashing to the ground. 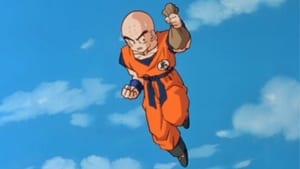