With Spopovich nearly beating Videl to death, Gohan loses his temper and prepares to storm onto the field, but Spopovich’s partner, Yamu, convinces Spopovich to end the fight by pushing Videl out of the ring. With Videl heavily injured, Goku uses his Instant Transmission to deliver some Senzu beans from Korin, which Gohan gives to Videl to restore her to full health. Gohan, whose identity is revealed to his classmates after his bandana was blown off during his outburst, steps up to face against Kibito, who requests to see Gohan’s Super Saiyan transformation. After Piccolo informs the other Z-Fighters of Shin’s identity as the Supreme Kai, he orders Gohan to transform. Right after Gohan transforms, Spopovich and Yamu appear and use a device to drain his Super Saiyan energy, leaving him weakened. As Kibito offers to tend to Gohan, the Supreme Kai asks Goku and the others to join him in pursuing the culprits. 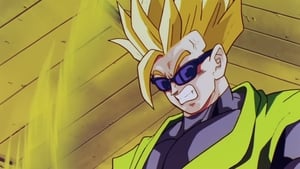 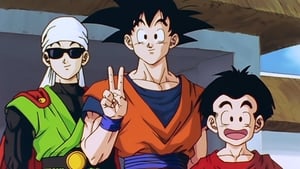