The Terrifying Secret of the Majin. The Mastermind Revealed!

As Goku and the others set off to join the Supreme Kai, Kibito uses his unique ability to restore Gohan’s energy, before the two of them, along with Videl, set off after the others. Along the way, Supreme Kai and Kibito explain to the others about how an evil wizard named Babidi is seeking to revive an evil being known as Majin Buu, who was responsible for the death of four Supreme Kais long ago. To accomplish this, he manipulated Spopovich and Yamu to join the tournament and steal Super Saiyan energy needed to break the seal placed on Buu. Unable to push her flight any further, Videl, coming to understand that Gohan was the one who defeated Cell back then, places her faith in him and returns to the tournament grounds, while Gohan and Kibito catch up to Goku’s group. Arriving at the site of a buried spaceship, the Z-Fighters lie in, watch as Spopovich and Yamu deliver Gohan’s energy to Babidi and his partner, Dabura, the Demon King. 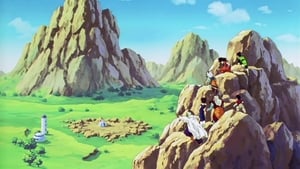 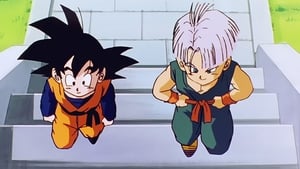