Azuma learns of Mirajane’s former identity as “the Demon” and straps Lisanna to a time bomb so he can fight Mirajane at full strength. Not wanting to lose Lisanna again, Mirajane sacrifices herself to defend Lisanna from the explosion. The remaining members of Fairy Tail learn from the Seven Kin their true goal: to resurrect Zeref and bring about the World of Great Magic, where only wizards would thrive while the rest of humanity would be subject to hell on earth. Meanwhile, Ultear finds Zeref and, after a brief battle, successfully captures him. 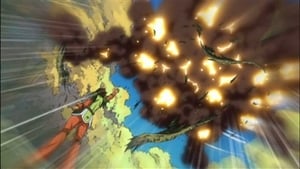