Tears of Love and Vitality

Juvia refuses to kill Meldy and tries to stop her from killing herself. In doing so, Juvia witnesses Meldy’s happy memories with Ultear through their connected senses and persuades her to stop fighting. Meanwhile, Gray meets Ultear, who claims to be his ally and that her plans for Zeref are part of what her mother Ul wanted. The other members of Fairy Tail encounter Grimoire Heart’s remaining forces: Erza faces off against Azuma; a weakened Levy, Lisanna, and Pantherlily against Rustyrose; and Natsu, Lucy, and Wendy against Grimoire Heart’s massively powerful deputy commander Bluenote Stinger. 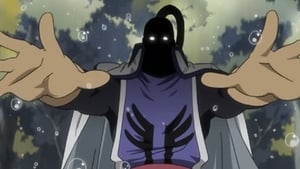