The One Thing I Couldn't Say

Cana finds Mavis’s grave and reflects on her reasons for becoming an S-Class wizard: her father is revealed to be Gildarts, who is unaware of his relationship with her, leading the younger, timid Cana to decide to become an S-Class wizard and bolster her own confidence to reveal the truth to him. However, Cana realizes that she had also betrayed Lucy in her determination. Wracked with guilt, Cana takes the Fairy Glitter spell from the grave and uses an enchanted card leading her to Lucy as she and her friends are attacked by Bluenote. She tries to perform the spell on Bluenote, but fails. However, she is saved when Gildarts arrives and attacks Bluenote. 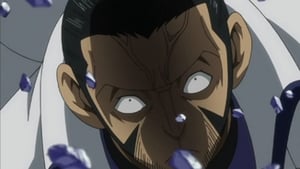