The Ultimate Godslayer! Hearts is Born!

Hearts launches a simultaneous attack on all of the Z-Fighters, who struggle to fight back. Goku powers up to Super Saiyan Blue and attacks him, but Hearts easily knocks him away and then uses a massive gravity attack to take down all of the fighters at once. As the others recover, Jiren and Hit go after Hearts again, while Goku suggests that he and Vegeta use the Fusion Dance to make themselves strong enough to take on Hearts’ new power. Trunks, Piccolo and 17 rejoin the battle to buy time, while Goku and Vegeta perform the dance successfully and fuse into Gogeta. The other fighters stand down for the time being, as Gogeta prepares to battle Hearts. 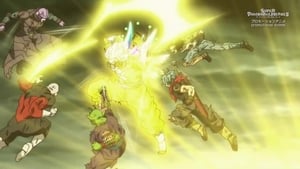 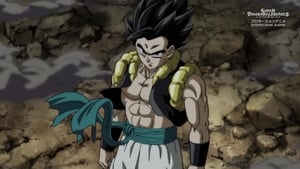 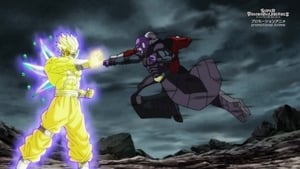 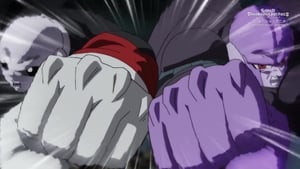