In Hell, Xeno Goku & Xeno Vegeta, even both as super saiyan 4, struggle against the reborn Janemba, who is aware of all of their abilities and tactics, which enable him to easily overwhelm both saiyans. Just when Janemba is about to finish them off, Xeno Trunks, Xeno Pan, Goku & Vegeta arrive in Hell through a wormhole, joining in on the fight. Xeno Trunks powers up to Super Saiyan 3, while Goku & Vegeta both power up to Super Saiyan Blue. Super Saiyan Blue Goku And Super Saiyan 4 Xeno Goku then team up and begin to overpower Janemba with their simultaneous attacks. But not long after, Putine & Majin Salsa arrive in Hell and knock back Janemba, enraging Dr. W by interfering in the fight. 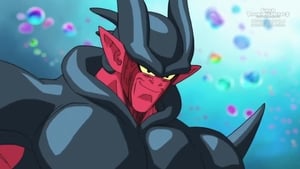 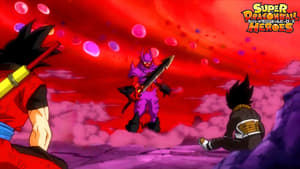 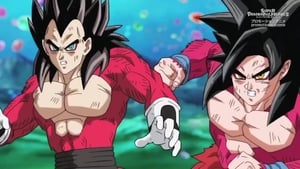